Google’s changes are a big deal because so many other companies rely on Google search results to get visitors to their own websites. 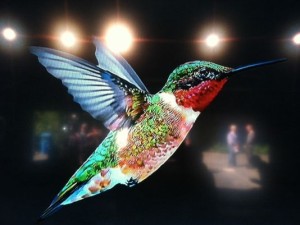 MENLO PARK, Calif. — Google unveiled a big revamp of its search engine Thursday that affects 90% of the search results served up worldwide by the Internet giant.

Called Hummingbird internally, the change to Google’s main search algorithm kicked in about a month ago, but was not disclosed by Google until Thursday at an event in Silicon Valley marking the company’s 15-year anniversary.

The new algorithm makes search results more relevant and useful, especially when users ask more complex questions — something that has been happening a lot more in recent years, Singhal explained.

Google unveiled the change at the old Menlo Park, Calif., house of Susan Wojcicki, senior vice president of Google advertising. Google started in 1998 in Wojcicki’s garage. The company opened the space for reporters to announce its latest search efforts. 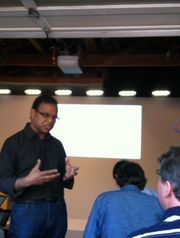 “We think about having 100 years to create the most amazing search opportunity. So we are 15 years in,” Wojcicki said Thursday.

Google dominates the multibillion-dollar Web search business, so any changes it makes to search are closely watched, especially by those in the Internet and advertising industries.

“Industries hold their breath whenever something like this happens because it changes the way search results appear,” said Sameet Sinha, an analyst at B. Riley & Co. “Google is such a significant part of traffic to most websites, so any change in algorithms is extremely important.”

Companies including Demand Media, TripAdvisor, Bankrate.com, Yelp and WebMD get a lot of their Web traffic from Google search results and some of these companies have been hit by changes in the company’s algorithms in the past, Sinha noted.

On Thursday, Google search executive Tamar Yehoshua showed off new voice-based queries by asking for a comparison of the nutritional benefits of olive oil compared with coconut oil. Google’s new search algorithm returned a result dominated by a long list of information comparing the two oils — all compiled by Google and shown on Google’s own website.

“If I get the information first on Google, maybe I don’t click through to WebMD anymore,” Sinha said. “There will definitely be some boats that will be rocked by this.”

Google revolutionized search by developing the PageRank system for ranking the world’s Web pages based on relevance, using an algorithm that tracked how many times those pages are referenced by other pages. In 2010, Google completely changed the system through an upgrade called Caffeine — and now the company has rebuilt it again with Hummingbird.

The change comes as people become more comfortable asking long, complex questions when they use Google to search the Web, rather than single words or simple phrases, Singhal explained in an interview with USA TODAY.

Google is also making the change to ensure its search results work well with voice-based queries. When people speak, rather than type on a computer, they use more complex phrases and Google had to update its algorithm to handle that, Singhal said.

Ben Gomes, a top Google engineer originally from India, said that Google’s voice-recognition technology used to have trouble handling his mix of Indian and American accents. But now, he said, the technology picks up his speech accurately.

Stay up to date with our monthly tips and changes report!